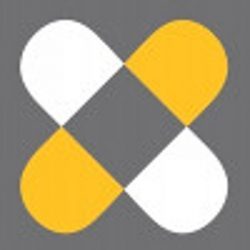 Marcus deals with industrial sales and support, whilst working with other team members of The Hub

Marcus started his career as a Bricklayer Apprentice as well as playing professional football for Bristol Rovers and Forest Green Rovers.
Marcus is a die hard Bristol City Fan and follows them home and away when he hasn’t got a game.
In 2010 Marcus had an emergency operation which had an effect on him as a professional footballer, resulting in Forest Green releasing him (due to the time he was out). After Marcus recovered he joined Semi Professional side Cribbs Football club (which was known as AXA FC or Sun life FC) and Played for Shortwood United in Toolstation Western League Premier Division. He is now currently playing for Oldland Abbotonians FC in the Toolstation Western League Division One.
In 2011 he joined Sainsbury’s as a Warehouse Operative/Customer Service assistant and worked there for 3 years.
In 2014 Marcus joined Kellaway Building Supplies as a Warehouse assistant where he achieved his forklift Licence.
In August 2015 he joined Didac Ltd in Industrial Sales and Support, where he is progressing and learning the role each day. He hopes one day to progress further within the company.